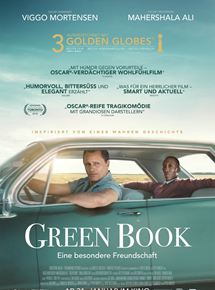 Before we start, do we all know what the Green Book was? (I didn’t). It was the book of hotels and motels in the Southern States in the 1960s which were willing to let black people stay. It wasn’t a very long book

So, that’s the territory we’re in, and the film was refreshingly frank. At the same time, it was a Dreamworks film, so it had to sneak its messages about class, race and sexuality into a fairly conventional framework with the normal happy ending.

Question to the public (I don’t have a firm position on this): is it better to make a progressive film like this, which makes all sorts of artistic and political concessions, but will reach a mass audience, or to make a much better film that no-one will go to see?

Post Script: various scenes of driving through blinding snow which evoked fond memories of time on the road with Laura Wilt