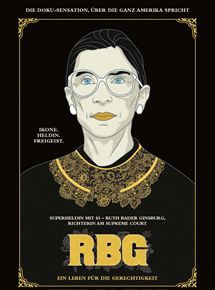 The trailers for On the Basis of Sex are already showing, so it was a good time to see this documentary from last year, which is still showing on sunday afternoons.

From the off, there is a lot of fascinating (and scary) information about institutional sexism in the legal industry in the 1950s – and today

Secondly, in Times Like These, anyone in the public eye who says that racism and sexism are bad is to be celebrated.

But i also got the feeling that the ongoing hysteria about Ruth Bader Ginsburg (much of which i didn’t know about so what do i know?) is setting the bar somewhat low

She speaks proudly in the film about friendships and political alliances with homophobes and sexists. And she is considered a moderate among that ultra left group – Supreme Court Justices!

Don’t get me wrong. I found much that the film uncovered was really interesting, if often despite itself. It was ultimately a hagiography which was more concerned about the greatness of individual judges than the social movements that enabled them to make certain decisions

To be watched, but with a critical eye