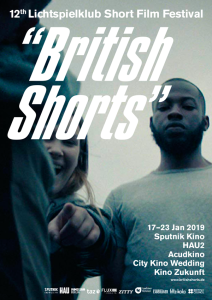 Pleasantly surprized by the consistence of the quality. in the past, when I’ve seen short films some have been good, but just as many have been meh. This time, the LINKE Internationals judging panel (which also included Ana Barrena Lertxundi) decided that there was only one film tonight that we could have done without.

Great variety of subjects too. Much more representative of real people than – to take an example at random – the squabbles between two British queens. There was a drama set in the 50s about a couple from the Windrush generation, something about black boys in Scotland, others about Asians in Leicester and Jews in North London, an inter-racial lesbian historical drama.

Best of the night IMHO was a tie between two quirky pieces – a funny cartoon about existential dread and a surprizingly humorous testimony from one of the Operation Spanner defendents.

Good evening out, all in all.